Idling your vehicle – running your engine while parked or stopped – truly gets you nowhere. Idling reduces your vehicle’s fuel economy, costs you money, and creates pollution, which can negatively affect public health. Idling for more than 10 seconds uses more fuel and produces more emissions that contribute to smog and climate change than stopping and restarting your engine.

Whether a light-duty car, SUV, or pickup, needless idling burns hard earned dollars through the tailpipe. During 2018, the average vehicle in Northeast Ohio wasted $144 due to excess idling.

According to research from the Argonne National Laboratory: 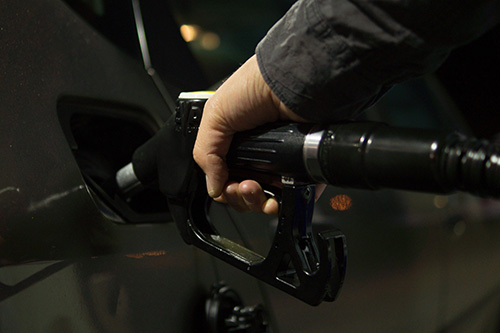 For every two minutes of idling, a driver could travel one mile. These "ghost miles" - or wear and tear that accumulates on an engine that is not in motion - reduce the lifespan of critical engine components. According to Oak Ridge National Laboratory, "Excessive idling can create engine wear and carbon soot buildup in the engine and components." This can lead to shortened life of motor oil, spark plugs, and exhaust systems, plus decreased fuel economy and the need to adhere to a "severe duty" maintenance schedule. For similar reasons, many owners manuals recommend drivers avoid excessive idling.

PM2.5 is the major source of haze that reduces visibility in many parts of the United States, including the national parks. PM2.5 affects vegetation and ecosystems by settling in soil and water, where it upsets delicate nutrient and chemical balances. It also causes soil erosion and damage to structures, including culturally important objects such as monuments and statues. 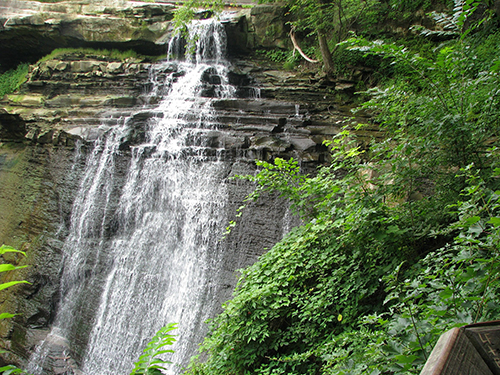 Burning fossil fuels like gasoline and diesel releases CO2, a greenhouse gas (GHG), into the atmosphere. The buildup of CO2 and other GHGs like methane, nitrous oxide, and hydrofluorocarbons causes the Earth's atmosphere to warm, resulting in climate change already underway. Each gallon of fuel burned emits about 20 pounds of CO2 into the air; an hour's worth of idling releases nearly 11 pounds of CO2. GHG emissions from transportation account for about 29 percent of total U.S. GHG emissions, making transportation the largest contributor. Between 1990 and 2017, GHG emissions in the transportation sector increased more than any other source.

Overall, the latest cars and trucks have come a long way in reducing harmful exhaust chemicals, such as carbon monoxide, nitrogen oxides, sulfur dioxide, hydrocarbons, and benzene. Nevertheless, vehicles still produce pollution that is harmful to humans. A catalytic converter cannot render these chemical emissions less harmful until warmed up (a catalytic converter warms up faster when a vehicle is driven as opposed to idling). A caravan of idling vehicles, such as at a drive-thru or school pickup queue greatly increases these emissions. Idling emissions are more toxic during hot and cold weather extremes, and carbon monoxide poisoning remains a threat for occupants of idling vehicles in enclosed spaces or deep in snow banks.

Diesel engines in commercial trucks and school buses are durable and economical sources of power, and newer diesels are 90 percent cleaner than those manufactured prior to 2010. But older diesels – which can last 20 years or more – emit toxic pollutants, such as particulate matter and volatile organic compounds, that cause significantly higher levels of harmful emissions when idling.

Children and the Elderly

People with existing heart or lung disease, asthma, bronchitis, or other respiratory problems are most sensitive to the health effects of fine particles. The elderly and children are also at risk.

A 2018 World Health Organization (WHO) report on air pollution and child health reveals that when pregnant women are exposed to polluted air, they are more likely to give birth prematurely, and have small, low birth-weight children. Air pollution also impacts neurological development and cognitive ability and can trigger asthma, and childhood cancer. Children who have been exposed to high levels of air pollution may be at greater risk for chronic diseases such as cardiovascular disease later in life. One reason why children are particularly vulnerable to the effects of air pollution is that they breathe more rapidly than adults and thus absorb more pollutants. They also live closer to the ground, where some pollutants reach peak concentrations – at a time when their brains are still developing.

Furthermore, children don’t behave like adults, and their behavior also affects their vulnerability. They are outside for longer periods and are usually more active when outdoors. Consequently, they inhale more polluted air than adults typically do.

As people age, their bodies are less able to compensate for the effects of environmental hazards. Air pollution can aggravate heart disease and stroke, lung disease such as chronic obstructive pulmonary disease and asthma, and diabetes. This leads to increased medication use, more visits to health care providers, admissions to emergency rooms and hospitals, and even death.